From Chinese medicine, microcirculation will affect the exchange of our body's qi, blood, and body fluids. Once the body's blood circulation is not good, it first manifests itself in peripheral microcirculatory disturbances. This is what Chinese medicine calls “瘀”. In fact, blood begins to block. When the water pressure is too low and the water pipe at the end of the house is at the end of the pipeline, no water or intermittent conditions can occur. The human body is also the same. When the circulation is not good, the tip is the most difficult place to supply blood, and the earliest response to the cycle will occur. Therefore, people with cold hands and feet will surely have problems with the cycle.

Cyclic detectors, thin and long veins of chronic disease, are the most widely distributed and most sensitive channels in the human body. Wherever the body is in trouble, it will be the first to react in the microcirculation. Usually before a person has an illness, there is likely to be a microcirculatory disorder without knowing it, and it is therefore often overlooked.
The tiny blood vessels are at the distal tip of the arterial system. It is thinner than the hairline and it is easy to block. Once the blood is blocked, the person will get sick. Most chronic diseases are caused by weakened heart and microvascular obstruction. For example, hypertension, heart disease, diabetes, gynecological diseases, hepatitis, autoimmune disorders, cancer, etc., begin to feel only tiredness, weakness, stiffness, soreness and other minor symptoms. If you do not pay attention, it will become a "vicious circle disease." , people lose their health.

Microcirculation is the key to prevent chronic diseases
Poor body movement cycle is poor, slightly trembling first go! In addition to relying on the "big circle" of the heart and the great blood vessels, the human body must maintain a normal operation. In addition, there must be a "small cycle". After a few dozen seconds of tremors, the body will begin to generate heat and will sweat slightly. Sweating slightly is the gradual enhancement of the body's microcirculation.
Few movements, poor blood running
Blood circulation is a kind of exchange of blood in the body. The blood in the body needs to run well. People must first move.
Why is there a barrier to microcirculation? Or how can qi and blood be blocked? The main reason is the preconditions of "less action". People who are bedridden for a long time have the worst circulation, and lack of oxygen makes the body a stagnant water. Because there is less movement, the blood vessels lose their elasticity, blood and blood run poorly, and there is an obstacle in the exchange of organs and nutrients. When a person lies down, he can put his body to lie down.
In order to maintain normal operation, the human body has to rely on a "small loop" in addition to the "macro circulation" of the heart and the great vessels. One of them is the coordination of the pulmonary circulation. Therefore, breathing also has a great influence on the circulation of the human body.
The circulation is the flow of blood in the body. Inhaling good air will drive the benign cycle of the body. Of course, that is not conducive to circulation. For a practical example, smoking can be easily dizzy because the blood vessels are constricted and the microcirculation is getting worse; this also means that smoke has the effect of stimulating vasoconstriction, such as smoking, and the effects of PM2.5 air pollution are not conducive to Microcirculation.
Blood Circulation

1. the definition:
Blood flows from the ventricles through the arteries, capillaries, veins and back to the atrium. This cycle of repeated circulation is called blood circulation.
2. composition:
The blood circulatory system consists of the heart and blood vessels.
The heart is located in the chest. Between the two lungs, it is about 2/3 on the left side of the midline and 1/3 on the right side of the midline. The size is equal to my fist.
The heart is a muscle-powered organ (muscle pump) that pumps blood in the body to push blood.
Blood vessels are the conduits for blood flow, including the large arteries, small and medium arteries, capillaries, tiny veins, middle veins, and inferior vena cava. The heart and blood vessels form a closed system of pipes in which blood flows.
3.  the circular route:
The blood circulation is divided into two parts that are connected to each other: body circulation (also known as the big circulation). The pulmonary circulation (also known as the small circulation) The body circulation and the pulmonary circulation are carried out at the same time. It is an inseparable two parts of the blood. (The blood vessels connecting the atria are called veins. Therefore, the pulmonary vein connecting the left atrium is filled with arterial blood, and the blood vessels connecting the ventricles are called arteries. Therefore, the venous blood attached to the pulmonary artery of the right ventricle is connected). See Appendix: Human Blood Microcirculation Diagram

Micro loop
Microcirculation is a new edge discipline, which is mainly composed of three parts: basic research of microcirculation, clinical application and hemorheology. It is the use of microcirculation theory and technology to directly observe changes in the human microcirculation.
A. the definition of microcirculation
Microcirculation is the most distal part of the circulatory system, and it is an integral part of the organ. It refers to the circulation of blood from the microarteries through a wide network of capillary blood vessels and then into the venules. Since this part of the blood vessel has a small diameter, it is invisible to the naked eye and can only be seen under a microscope, so it is called microcirculation.
B.  the physiological characteristics of microcirculation
1, the diameter is very fine, only one-twentieth of the diameter of a hair;
2. The blood vessels are very long. An adult's micro-vessels connect together is about 96,000 kilometers, and can go around the circumference of the equator for two weeks and a half;
3, blood flow is very slow, due to the low pressure so blood slow 0.4 - 1 mm / sec;
4. The wall of the tube is very thin. There is only one layer of endothelial cells and the outer basement membrane, which is approximately 1% of the thickness of a white paper.
5, a large number of about 100 billion body.

C.  the function of microcirculation
Microcirculation is one of the basic characteristics of life. Its main function is to deliver oxygen and nutrients to tissues. It also removes carbon dioxide and other metabolites produced by cells. It is an important place for direct material exchange; microcirculation also has information transfer and Energy transfer function.
After human blood is exported from the heart, it takes a long journey to reach the tissue cells. Therefore, the contractility of the heart alone is far from enough. It is also necessary to rely on the self-discipline of the microvasculature to perfuse the blood into the cells, and because of the self-regulation of the microvasculature. Movement and heartbeat are not in synch, it has its own laws, driving the blood flow in the microvessels, and plays the role of regulating blood supply for the second time, so the microcirculation is also called "the second heart of the human body."

If you do not pay attention to health care prevention, microcirculation is prone to failure, and if microcirculation occurs, water or edema in the micro-blood flow seeps out and edema occurs. The peripheral sensation around the microcirculation is affected and localized. The soreness, numbness, and chills; local tissue can not get fresh blood supply, will be lack of oxygen, lack of nutrients and in a pathological state; local will also stimulate the peripheral pain because the metabolites can not be removed.

Improving microcirculation is only for one part of the disease.
It may have certain effects on certain diseases, but it is impossible to cure all diseases. 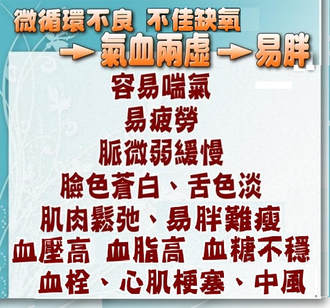 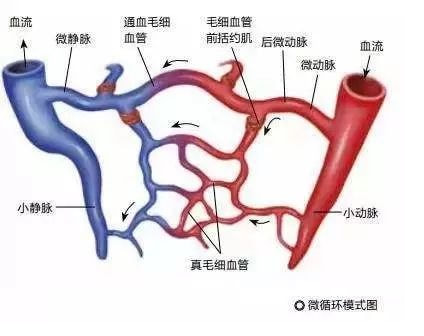