The first layer is: nano thermal film inside the barrel. Just like the screen of a TV: There is no image without a screen, and the more the number of lines of the screen, the clearer. Similarly, the more points of the heat sink, the more uniform the heat dissipation. This thermal film has a very large number of dots, so the heat dissipation is very uniform, and this heat produces far infrared rays equivalent to wavelengths of 8-15 microns.

The third layer is: The black sponge with barrels, it is called nano insulation layer. This is an imported technology. It removes the excess heat slowly and then enters the wood. Then the phytoncide inside the wood dissolves into the barrel with the hot gas. The frequency and moisture of the vibration are transmitted to the skin.
Carbon crystal far-infrared spectrum fever version of the human body has any benefits, there is conditioning the role of the body? Can you treat the disease?
Carbon crystal wall warmer has unique heating characteristics. Infrared rays can be sterilized and disinfected, which has the effect of delaying aging and improving immunity. It can activate water molecules to increase the body's oxygen content, thereby making the body more spiritual and more flexible, thus improving the body's resistance to diseases. . In addition to these, infrared can also regulate blood pressure, purify the blood, far infrared can improve the body's microcirculation system, so that the blood flow speed, it is also more conducive to the purification of blood and improve the ability of human disease prevention. Far-infrared radiation makes the human body resonate and absorb, and can cause the body fatigue and aging substances to be directly metabolized from the skin without the kidneys, which can achieve the effect of skin care and beauty.
The
Through more than seventy reflex zones and acupuncture points on the feet, it has an excellent health care and treatment effect on the human body. The picture is from the book App. 4. Black fireproof cloth is arranged around the inner wall of the barrel. Between the fireproof cloth and the wooden barrel shell is the key core technology of the health barrel-- far infrared epoxy carbon crystal board. The carbon crystal plate was developed by the Chinese Academy of Sciences and won three inventions of the country’s 12 patents. It cooperated with the Chinese Ministry of Aeronautics and Astronautics, and spacecraft 11 was launched.
The structure of the health bucket: It is mainly divided into four parts
1. The wooden shell of the barrel is not available in China. It is made of Canadian iron fir which is over 100 years old. This wood grows at an altitude above 2400 and grows extremely slowly. It is moisture-proof, crack-proof and durable. After heating, it can release phytoncide. Fendol is often used in essential oils, which promotes sleep and decomposes the formaldehyde that results from indoor decoration. Therefore, many experiencers feel sleepy.
2. There is a red light in the upper part of the barrel illuminating our entire legs and feet. Red light is often used in hospitals for anti-inflammatory sterilization. So there is the role of promoting wound healing.
3. At the bottom of the barrel, there are twenty natural tourmaline stones. Tourmaline stone, also known as tourmaline, can be produced only after volcanic eruptions and lightning strikes, so it is electronically heated. Soaking with sweat can produce negative oxygen ions and minerals and various trace elements that the body needs. Through more than seventy reflex zones and acupuncture points on the feet, it has an excellent health care and treatment effect on the human body.

4, in the barrel around the black wall is a fireproof cloth, in the middle of the fireproof cloth and wooden barrel shell is the key core technology of the health barrel - far infrared epoxy carbon crystal board. The carbon crystal plate was developed by the Chinese Academy of Sciences and obtained three inventions of the country's 12 patents. It cooperated with the Chinese Ministry of Aeronautics and Space, and as the spacecraft No. 11 climbed into space, it increased the physical capacity of astronauts. Now Beijing Institute of Aeronautics and Astronautics also has an experience center for carbon crystal panels, which prepares the body for the Aerospace Department. The maximum temperature of the carbon crystal plate is set at 65 degrees Celsius. After heating, it can release far-infrared rays with a wavelength of 8 to 15 microns. This wavelength is the longest infrared light wave of far-infrared products in China. It can penetrate 3 to 5 cm of human skin and resonate with hydrogen atoms in water molecules in human cells. In order to eliminate the body's wind, cold, wet, evil, and poison. 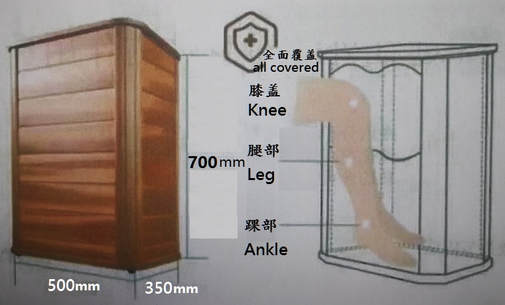 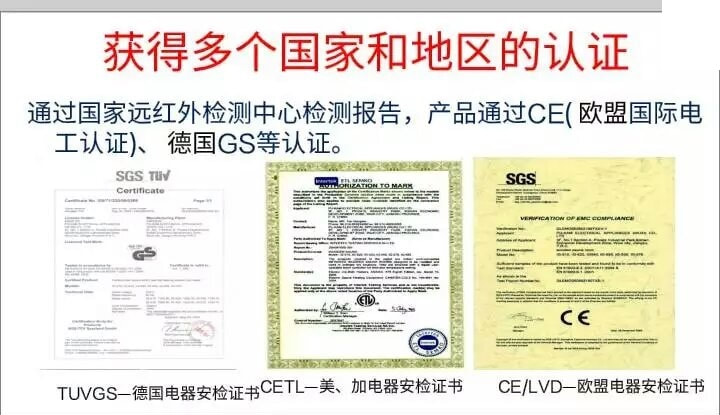